Watch the Celebrations  WITH JAKE AND JOE 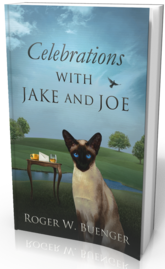 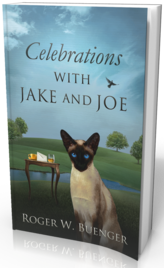 A  STORY  OF  IMPROBABLE  ROMANCE,

A brilliantly conceived sequel, Celebrations with Jake and Joe continues

the saga of Henry Engel's life.  Beginning precisely where Meetings with

Jake and Joe ends, the reader is taken on a seamless journey through

the next phase of Henry's evolution from solitary man to family man.

Questions will be answered. Truths will be revealed. Hearts will find

Building on momentum gained from his reconciliation with Mary,

Henry further expands his relationships with Millie, Joe, George, and

others.  However, things will take a most unexpected turn when an attractive young British author, named Anne Francis Wagner, arrives at

Henry's doorstep.  Though he cannot fathom why, he is drawn to her,

and an immediate bond is formed.  Ultimately, she will become an important part of Henry's life and play a key role in an attempt at

reconciliation with his estranged brother, Bill.

Henry's emotional transformation is completed as he finds romance,

love, and a true sense of family once again.

Surprises, twists, and compelling new questions will emerge as the reader is carried toward a satisfying and heartwarming conclusion in Celebrations with Jake and Joe, the second book in the Jake and 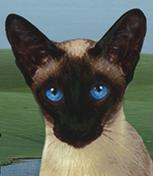 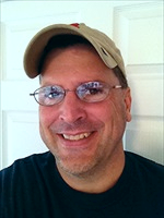